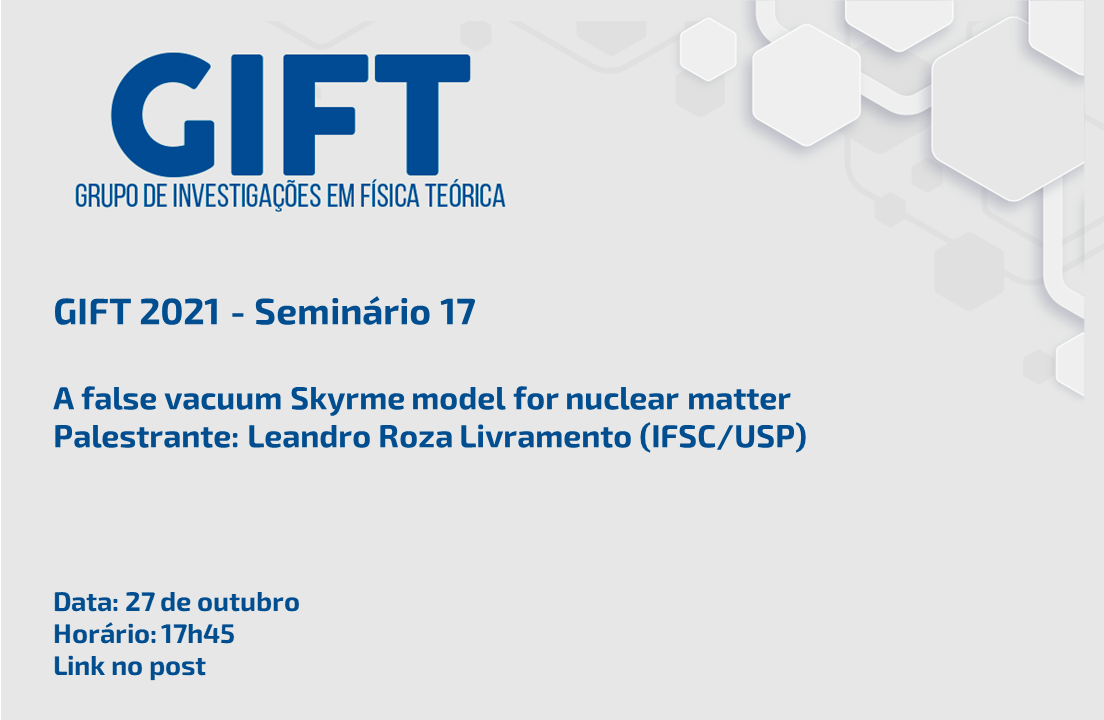 Descrição: We construct a Skyrme-type model based on self-duality ideas that reproduce, with good accuracy, some bulk properties of nuclei, like radii and binding energies, for a very wide range of the mass number. The action of the proposed theory is a direct sum of two terms. The first term is the self-dual Skyrme model, which has a static energy proportional to the baryonic charge due to the self-dual equations. The second term is made by a kinetic and potential term defined only in terms of the density of the baryonic charge, which is treated as a fluid. The outcome is that the dynamics reduces to Coleman’s false vacuum problem for a scalar field that is a fractional power of that density. The proposed theory has simple and robust properties that well capture the mass properties of nuclear matter for different types of potentials. Furthermore, we indicate how it could perhaps be improved to describe other properties of the nuclei or increase the mass number range in agreement with the experimental data.